A big thank you to the great Joey @ Thoughts and Afterthoughts (one of the creators for this tag) for tagging me.

Rice: The Foundation – “The book that got you into reading (or book blogging)”

I’ve always been a reader even at a young age so there isn’t really that one specific book. However, I recall being really obsessed with The Series of Unfortunate Events by Lemony Snicket. After reading the first book, I wanted to read the rest of the books available in the series.  I actually read these books first before I even read the first book of Harry Potter.

Beans: The Filler – “A book with a whole lot of nothing happening” 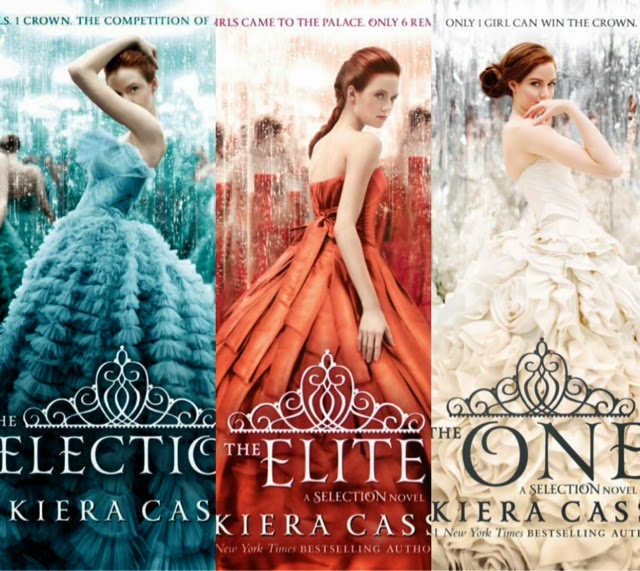 The Selection trilogy by Kiera Cass

The Selection books for me are what I would call a “guilty pleasure.” I was actually really disappointed because it was labeled dystopia when it’s romance in a dystopian world setting. While I did enjoy the series, I have to admit there is really nothing that happened in this book in terms of plot.

Protein: The Building Block – “A book quote to live by”

Oh I could list so many but I really like this simple (yet mean so much) quote from The Perks of Being a Wallflower. Honestly there are so many quotable quotes in this book.

I just had to use this Logan Lerman gif. ❤

Fajitas: The Crunch of Texture – “A book with immaculate world-building”

I’ll be honest I actually have yet to read one, because I was going to name two but I’ve only watched the film and tv adaptations of both.

Film: Lord of the Rings trilogy by J.R.R Tolkien

I think both of these have some of the best worldbuilding I have seen even though I have not had the chance to read either series.

Salsa: The Dance of Flavour – “A book that kept you on your toes”

And Then There Were None by Agatha Christie.

I adore Agatha Christie and this was the first novel I read of hers. It’s a mystery novel with ten strangers summoned into a private island and each and everyone of them starts getting killed one by one. It kept me on my toes because I was so eager to find out who the killer was and every time I think I guessed correctly, I ended up being wrong. And when the killer was finally revealed, I just thought “I’ve been mind***”

Corn: The Explosion of Sweetness – “A memorable scene involving friendship/romance”

The Truth game that Macy and Wes played. It’s not the type of lovey dovey scene where our main hero and heroine are making out or having some form of physical intimacy. Their game sessions were my favorite parts of the book.  The game went from emotional and healing to fun and flirty. It was a wonderful way for Wes and Macy to get know each other better. I was teenage a girl when I first read this so back then any interaction with the main boy and girl I would probably gush about.

Cheese: The Bond of Calcium – “Two characters from different books you wish could be friends

Captain Thorne from The Lunar Chronicles and Rose Hathaway from The Vampire Academy series. The sass and sarcasm with these two….I think they would definitely get along really well. But I can also imagine Thorne flirting with Rose, but she won’t have any of it.  Their banters would be hilarious. I honestly have no idea how these two characters popped up into my mind with this particular question.

Charlie from The Perks of Being A Wallflower.  He’s quirky but relatable.

Guacamole: The Cost of Creaminess – “A book you paid too much for (based on utility experienced)”

I would have said Harry Potter and the Deathly Hallows but I technically didn’t pay for it since my mom bought it for me. I’d probably say Allegiant by Veronica Roth. I paid $18 for the hardcover which maybe not as much since some hardcover books cost more. I was a broke college student at that time so it was definitely up there in expensive category for me.  However, if we’re to classify any book then I guess I would say every textbook I used in university. Those things costs money!

Lettuce: The Handful of Crispness – “A refreshing concept/theme in a book”

Chips: Le Pièce de Résistance – “A must-read recommendation if you like [this book/genre—you decide!]”

One of my favorite genre (can be considered a sub-genre) is dystopia so I would always recommend 1984 by George Orwell. It has everything that you would expect in a dystopian book. Though I may be biased since it’s a personal favorite of mine.

Tabasco: The Kick to the Face – “Your favourite fight/action sequence”

Hmmm I don’t recall any action scene that really stood out for me while reading. If I were to answer this it’d probably some action type of manga.

The people I’m going to tag next are:

The Girl Who Reads

Meredith @All Bout Them Books and Stuff

and for anyone else who wants to do this tag!

You can also disregard this tag if you don’t want to do it.